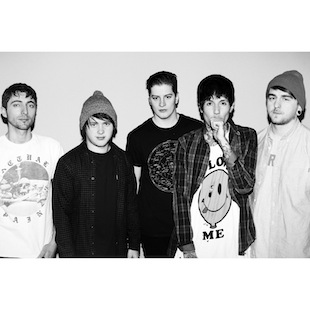 This was boosted with a full L-Acoustics racks-and-stacks system for their two sold-out dates at London’s Brixton Academy. They opted to fly a sub-heavy L-Acoustics V-DOSC system comprising nine V-DOSC speakers a side with three dV-DOSC under-hangs left and right, ARCS outfills, and dV foot fills, together with six SB28s subs a side, all processed via a standard Adlib rack containing Lake LM44s and LM26s for EQ, time alignment, etc.

The system was powered by LA8 amplifiers and engineered by Adlib’s very own Kenny Perrin. “There’s some wild acoustics through that room so keeping a tight, consistent low end is essential,” commented FOH engineer Phil Gornell. “They set the crossover point reasonably low so the kick worked the V-DOSC’s 15in drivers and remained tight.”

With no patch system or tech, Gornell and monitor engineer Oli Hutchinson have to pick up any slack at their respective ends, and having the Adlib stage and line system onboard means they can get support bands up and running in 10 minutes without having to un-patch anything from BMTH’s set up.

Gornell spec’d the Midas PRO2 supplied complete with DL251 stage box for the tour having first used it last year, “The preamps are fantastic, the EQ is musical, and the GUI makes it so easy to navigate.”

Hutchinson was initially apprehensive when his first choice of side fills was not available and instead he was offered three of Adlib’s FD2s per side. “From the very first second I fed in just a bit of Matt Nicholls’ kick drum I was filled with resonant joy – somewhere between 60- and 90Hz,” he enthused.