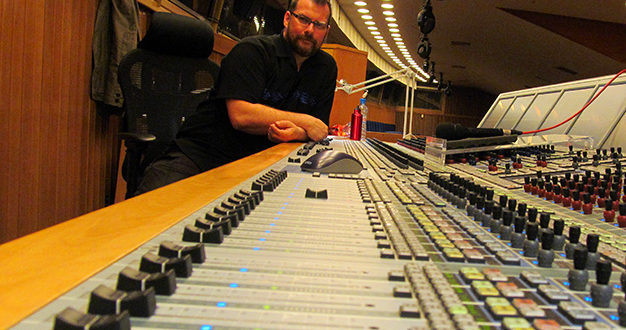 In the current climate the demand for people who can fulfil dual roles on the road is increasing, thus more sound engineers are taking on the mantle of tour manager.

Such dual roles can be quite demanding and require a completely different set of skills – so they’re not for everyone. But if you’re up to the challenge it will most likely increase your chances of getting work.

Dual roles are most common in low to mid range touring, where the budgets tend to be tight and the crews minimal (i.e. just you and the band). You’re more likely to be travelling by splitter than night liner and you’ll probably be driving as well (yes, triple roles!). You can see how on paper it seems like a perfect solution – the sound engineer has nothing to do until you get to the venue so why not use that time? In reality it’s a little more complicated than that.

Typically the tour manager takes over from whoever booked the show(s) once the deal has been struck. I like to think of it as the booker sorts out the broad strokes of the deal and the tour manager then steps in to fill out the fine detail. It all starts with the contract, this tells you who’s agreed to pay for / provide which aspects of the overall production, flights, hotels, transport, hospitality, sound, lights, etc. It’s then the job of the tour manager, in collaboration with the promoter, to make all the arrangements to get the band where they need to be when they need to be there and in the comfort they have come to expect (i.e. fed, watered and well rested). The tour manager is ultimately responsible for all the aspects of the tour and needs to anticipate every possible eventuality from the moment the band leave their homes until they’re safely tucked up in their own beds (or at the very least left dazed and confused on their own doorstep).

This may sound daunting but if you’ve been on tour before you already have some experience of what goes on and what can go wrong. Everyone has stories of the road, the things that happen and the kind of stunts promoters pull to save money (budget airlines, crappy hotels, laughable riders, dodgy food, etc). You will also have experienced ridiculously early lobby/bus calls or flights, long uncomfortable drives, and inadequate sound/light systems so can hopefully anticipate and avoid these pitfalls. The fact that you yourself will be going along on the trip increases the incentive to make it as pleasant and comfortable as possible.

After the contract comes the riders which define your sound, lighting and hospitality requirements. A well written rider can save you a world of pain down the line. It is important to list all of your needs in exact detail but also to imply a certain degree of flexibility, promoters respond well to flexible riders and tend to then be more flexible themselves.

There are three distinct phases to any outing: pre-production, on the road and post production. Pre-production involves advancing the show(s), making all of the arrangements then producing the itinerary. Once on the road you proceed through the itinerary and react to anything that doesn’t go to plan. After you get home post production involves collating the tour accounts and tying up any loose ends. The key to being a good tour manager is meticulous planning in the pre-production phase coupled with the ability to effortlessly improvise when on the ground. These are quite different, almost opposite skills but you need to be able to master both otherwise you won’t be able to cope with what the road throws at you.

When in the pre-production phase check lists are your best friend, especially when you’re dealing with multiple shows. I use a template to keep track of which aspects of each show have been sorted and which still need my attention. Such lists can be vital especially as advancing each show can involve multiple phone calls / emails to production managers, promoters and venue managers over a period of weeks, sometimes months.

One of the most difficult aspects of dual roles is trying to do two things at once. The key here is delegation, if there are any issues with the hospitality try and get the promoter (or rep) to deal with it. If you need to get the sound check underway don’t be afraid to ask the house engineer to start roughing up the mix. Most will be happy to do this and it frees you up to focus on the band and make sure they’re happy. The time you’re in the venue is the time when both roles are required so try and maximise your efficiency and get used to switching roles quickly. If there’s a digital mixing desk then pre-programme a patch and send it to the venue in advance of the gig (to ensure it works). Any time you can save in the venue will free you up to focus on whichever role is more in demand.

If you’re expecting to get paid double for dual roles prepare yourself for disappointment because that’s not how it works. You should get paid more than you would for just sound engineering duties but probably not a great deal more (remember what I said about tight budgets earlier?). When quoting / negotiating for a job be careful to include a provision for the time you spend on pre / post production because if you fail to take this into account you might end up earning less overall than if you were just doing sound. Also try to ensure that your travel day money reflects the fact that you are still actually working (albeit less than a show day).

At the end of the day the main gain to be had from dual roles is an increase in the amount of work you get. There is also a certain satisfaction from doing two jobs and doing them both well – not only did you get the band to the venue on time and on stage in a good mood but you made them sound awesome as well. After all being part of an awesome show that thrills the audience is the reason most of us do this job (or jobs).