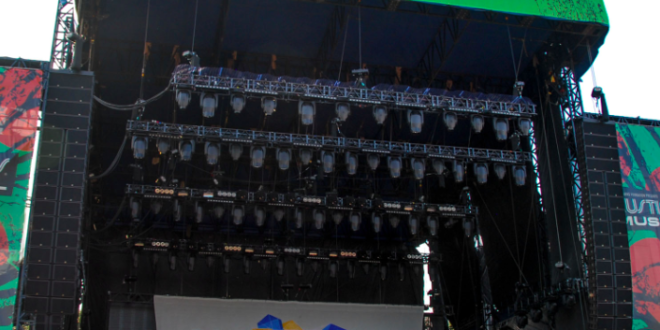 Following the example set by Coachella, ACL’s organisers opted for two identical line-ups on consecutive weekends this year, resulting in twice as many visitors.

K1 powered one of the larger stages – known as AMD on the first weekend and Lady Bird on the second.

AMD/Lady Bird was where several of the main headliners played, including Depeche Mode, The Cure, Vampire Weekend, The National and Passion Pit.

According to LD Systems director of production services Robert Ausmus, the stage featured 24 K1 with six KARA for downfill, plus 24 KUDO for out-fill and six extra KARA for apron-fill. Low frequencies were provided by 24 flown K1-SB and 24 ground-stacked SB28, while 18 KUDO split into three towers 250 feet away from the stage offered delay. LA8 amplified controllers housed in LA-RAK touring racks drove each of the systems.

"For huge outdoor festivals like this, there’s nothing better than L-Acoustics’ K1 because of its incredible throw capability and sound," Ausmus said. "ACL capped its audiences at 75,000 per day, but when big headliners like Depeche Mode performed, literally 90 per cent of the day’s crowd showed up at our stage. The people at the back end of the park weren’t getting ‘in-your-face’ audio, of course, but the good news is that they did hear highly intelligible music, which is amazing at that distance. K1 was the perfect solution."

LD Systems’ relationship with ACL goes back to the first event in 2002, but it was the firm’s deployment of a KUDO system at Lollapalooza in Chicago that convinced Austin-based C3 Presents – producer of both festivals – that L-Acoustics’ flagship system would be ideal for this job.