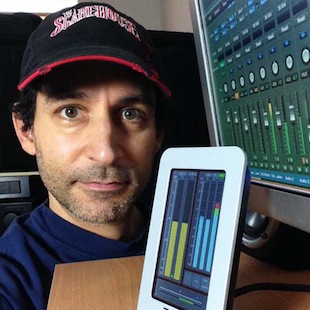 Glenn Ricci, the sound effects designer for Pittsburgh’s ScareHouse, is raising the hackles of attendees with help from the RTW TM3 TouchMonitor.

“I draw from a lot of different elements when I’m creating something for the show, so it’s important to even out the loudness levels for each source to make it sound cohesive,” said Ricci. “I might record or mix something using my own compositions, stuff from different sound libraries or even canned music, so I want to deliver a very smooth end product without uneven loudness in the final mix. I don’t want to worry about someone hitting play and not hearing the sound because it’s not as loud as the last thing they played. RTW’s TM3 really gives me the peace of mind of knowing everything is crisp, clear and even.

“I was pretty amazed with the pre-set capabilities. I like that I can program the device to customise pre-sets for me. It makes it more intuitive – you can just go and don’t have to think about it. You just spend a little bit of time setting it up based on the instruments that you plan to work with, and don’t have to think about it after that. It’s good to get different perspectives to just go between a couple of pre-sets.

“What I like about having it here is that I never have to worry about what software program I’m using. I use a lot of software programs, such as Logic Pro and Ableton Live for some composition, and they all have different meters in them, so having one consistent meter that lives outside of it all is really helpful. It means I don’t have to check of the meters from a separate plug-in, which saves me time.”

“We love that RTW’s TM3 meter has not only helped improve Glenn’s workflow but that it being used to smooth the sound for such an interesting project,” said Christopher Spahr, US director of sales and operations, RTW. “His work for ScareHouse is a great example of how the TM3, along with the entire line of TouchMonitors, can be used outside of a traditional broadcast setting, lending a hand to sound engineers working on their mixes in post-production. It’s really a win-win for everyone involved.”