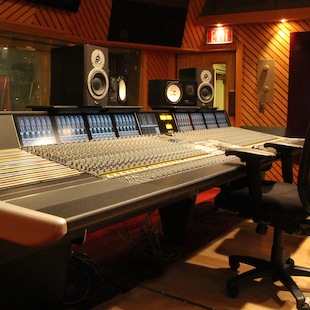 Fantasy Studios, originally built in 1971 to service the artists on the Fantasy Records label that included Creedence Clearwater Revival, Bill Evans, and Sonny Rollins, opened its doors to the public in 1982 and has since hosted many artists including Iggy & the Stooges, Green Day, Journey, Carlos Santana, U2 and Lil Wayne.

After 40 years of recording, Fantasy has added to its Studio A offering with a new SSL Duality console, which combines SSL’s signature SuperAnalogue sound and sophisticated DAW control all within an ergonomic control surface.

“We have had a very successful history with SSL consoles and our move to the Duality continues that legacy,” says Jeffrey Wood, studio director for Fantasy Studios.

“We did our due diligence when considering which console would become the centerpiece of Studio A. The consensus from engineers we spoke to was that Duality was the way to go. Our studio hosts nearly every major engineer and producer across the country and, because we are a commercial facility, we need to have a console that translates for all these traveling producers and engineers. We find Duality to be that console.”

Fantasy Studios shares space in the Zaentz Media Center with some 15 film production companies. As a result, the studio complex services the post production needs of TV shows and films out of Los Angeles, as well as offering its generous studio space for video capture. Fantasy also has branched into game design post production, but the studio still relies on music recording as the bulk of its business. Duality enhances all business options for Fantasy.

“Duality has a magical look and everyone coming into the studio has that ‘wow’ factor using the console,” says Adam Muñoz, one of the staff engineers for Fantasy Studios. “I have always used SSL consoles, including the SSL 8000 we replaced with Duality in Studio A and the existing 4000 in Studio D.

"Duality carries on the SSL legacy for me because the surface was immediately familiar to my hands. There was no guesswork sitting in front of the console. The console is extremely well thought out, and obviously designed for the way contemporary artists and engineers need to work. Working with the DAW controller in the console has opened up a literal new world of routing and workflow options. The console has a sound that is clear, crisp, wide and deep, giving me an excellent sonic benchmark to begin every session.”