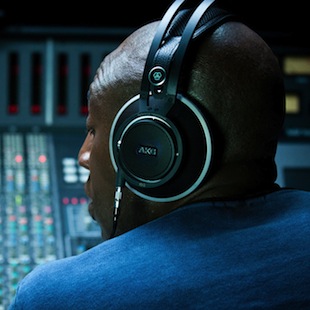 Following in the footsteps of AKG’s previous flagship headphones, such as the K1000 and K701’s, the company has just announced its latest model, the K812.

Audio Media was lucky enough to be invited along to the launch of AKG’s latest flagship pro headphone at Red Bull Studios in London where we were given an opportunity to get hands on with the units and run them through their paces. Aimed at the pro market, the open-back design K812 feature a 53mm driver, the largest on any AKG headphone, which delivers a natural and clear sound, hitting a full spectrum of frequencies (we tested them through a Lehmann Audio headphone amp, listening to everything from Muse to the Berlin Philharmonic orchestra.)

“The AKG K812’s are not only our newest reference headphones, but they are the very pinnacle of technological innovation to which we’ve aspired in our 65 years of innovation,” stated Kent Iverson, Director of Marketing and Product Development, AKG. “K812 is the result of an intensive 5-year research and development program to achieve, as near as possible, the perfect headphone. The level of technology and engineering invested in K812 exceeds the industry standard, resulting in truly the best sounding headphones AKG has ever released.”

The K812 features a new adjustable headband system and soft ear pads (specially designed to fully cover the human ear to help with sound bleed and increase the bass response) making it comfortable for extended mixing or listening sessions.

The new headphones should be available later this month with a suggested retail of around £1000.

Previous Dynamic Productions takes on D.A.S. Audio Aero 40A in the US
Next Hollywood’s Westlake Pro installs API 1608