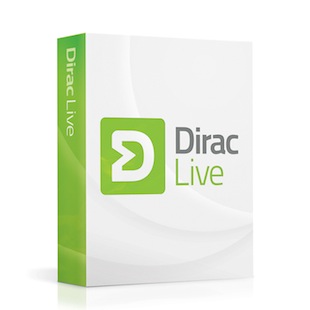 The new Stereo Version is based on the same technology as the original Full Version, with the main difference that it supports only two-channel playback. It features full mixed-phase impulse- and frequency response optimisation.

“Many users of the multichannel version have discovered the benefits of using the Dirac Live technology with two-channel systems,” said Christoffer Ahlén, director, consumer division and marketing at Dirac.

“As the Full Version of Dirac Live is evolving into a more advanced multichannel product, a need for a more straightforward two-channel version has been identified. We can now offer such a product, at a lower price point,” Ahlén concluded.

With the Dirac Live Room Correction suite and a microphone, the user performs a simple multipoint measurement of the listening room. Dirac Live then automatically corrects the deficiencies in the sound from the audio system and room.

The suite has been tailored for consumers who use their computer as an audio source, and leverages the computer’s built-in processing power. A point of emphasis is that the software optimises all sound from the computer regardless of the media player used.